Towards the end of last year, a National radio station; Gaydio (aimed towards the LGBT market place) ran a competition for Gay Friendly businesses who felt they'd benefit from National radio coverage. The competition was sponsored by "Powownow" a conferencing system supplier and the prize was £10,000 worth of a radio advertising campaign.

You can read all about the competition, advertised on Radio Today, HERE

Elaine, Director of Pink Wedding Venues entered the competition on behalf of the directory and the venues featuring on it. She had to explain what the business is about, who is the target audience, why she felt Gaydio could help Pink Wedding Venues with exposure for the site AND the venues appearing on there.

Part of the entry reads:

"It would provide fantastic exposure to the LGBTQ community, across the UK. Our site is solely for wedding venues who consider themselves "Gay friendly" and welcome same-sex weddings and couples.

Although, legally, venues aren't allowed to discriminate on the grounds of sexuality, sadly there are some venues out there who DON'T want to promote to same-sex couples. We've had feedback such as "we're not a gay venue" - very sad. What Pink Wedding Venues wants to do is provide a "showcase" of all the venues who DO want to promote to same-sex couples and welcome enquiries, from the LGBTQ community with kind and positive regard.

We want to make sure same-sex couples know all about this great resource and contact our venues when making the big decision for their big day. Research has shown that the LGBT community favour business who promote as "Gay Friendly" over those that don't.

Gaydio is a fantastic media for promoting the site, to a wide audience and most importantly, UK wide. Although Pink Wedding Venues is searchable, by regions, we would love exposure on a National basis so couples can easily search for the venue of their dreams."

146 other business entered the competition. These were then narrowed down to just 3 at which point the Gaydio team, along with Powownow, sat and debated each company. The decision to offer the prize to Pink Wedding Venues was made! = WE WON!!!

"After deliberating over the 146 businesses we eventually decided on Pink Wedding Venues. We felt it would be extremely fitting for our audience and PowWowNow agreed that there was great synergy and wanted to get behind your venture!"

Working alongside Elaine, Kriss and Emma, part of the team at Gaydio, have come up with a, fantastic, radio and digital campaign, running Nationally until September 2016. With 22 x 30 second adverts each week, (click below to hear the Ad) running at different times, per day, coverage is fantastic. Gaydio enjoy nearly 1,000,000 listeners PER MONTH!

Gaydio are also including "Digital" adverts on their website and mobile Apps. When a listener clicks on to "listen live" they will see a "pre-roll" of the Pink Wedding Venues Advert (as seen below) with a 10 second audio clip:- 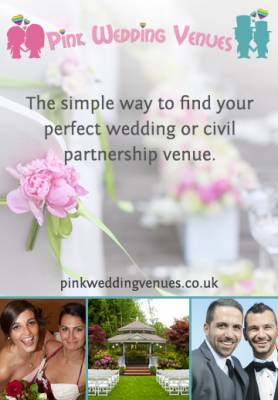 Elaine, from Pink Wedding Venues, is delighted at winning the competition. She says:-

"I couldn't be happier. Pink Wedding Venues has been running for some time and it's aim is to give venues the opportunity of really promoting themselves to the LGBT community. With same-sex weddings now an equal option for LGBT couples, there is a new market place/audience for venues to reach out to.

Gaydio is the perfect platform to gain exposure and awareness of Pink Wedding Venues. They have almost a million listeners, per month, and their station is aimed towards the LGBT community. It couldn't be more fitting.

With the very generous prize, sponsored by Powownow, we know that working with Gaydio will enable us to really highlight Pink Wedding Venues and establish great brand awareness. All with a budget we couldn't dream of spending right now. To think we've been chosen, out of 146 other businesses, gives us huge confidence the site is being recognised and met so positively with the LGBT community is fantastic. We are very excited to be working with Gaydio and are looking forward to enjoying the response the campaign will bring.

Each of the venues, who have listed with us, have each wanted to promote to same-sex couples. To win this, I guess on their behalf, shows our commitment to "show them off" as much as we can. We would like to "thank" our venues for their support so far."

Why not have a listen to Gaydio in your workplace or at home? You can find them HERE or follow on Twitter @Gaydio 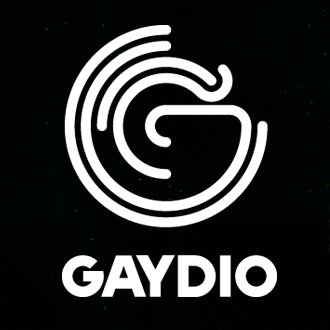 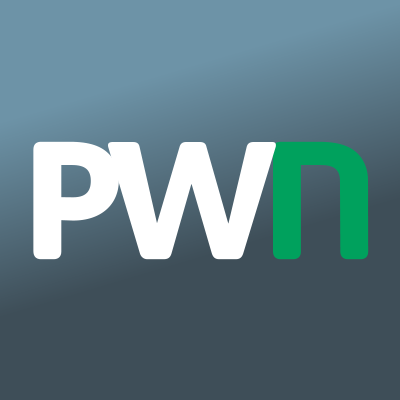