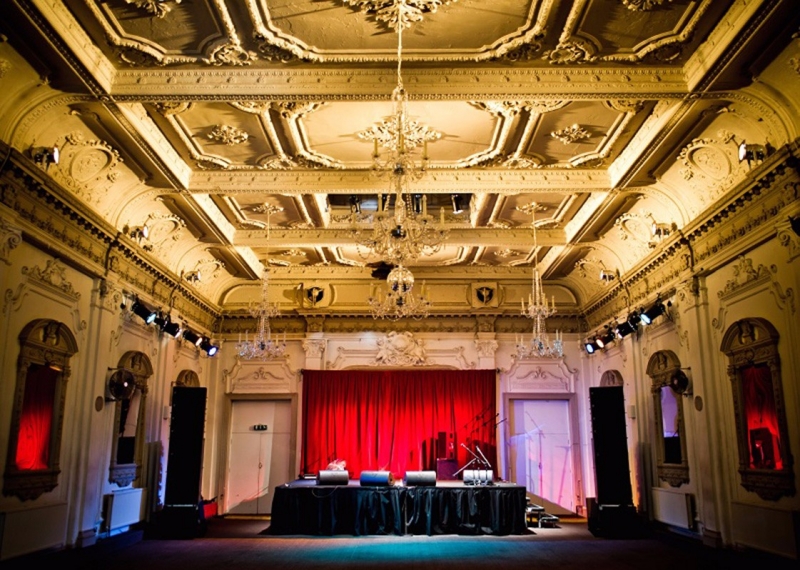 Click on a thumbnail to view an image. Click on the image to view a larger version.

Bush Hall is five minutes walk from Shepherds Bush tube. The building began its life as the setting for a real life Edwardian fairy tale. The Bush, or the Carlton Dance Hall, as it was originally called, was commissioned by the wealthy publisher W.C Hurndall who gave his daughters Lillian, Eugenie and Olive a lavishly appointed dance hall each to play with. The Bush - the only one of the trio to have survived the years intact - was fittingly its creator’s favourite. Hurndall apparently lived with his mistress in an apartment above the bar.

When big dance venues fell from fashion, Bush Hall found alternative employment as a wartime soup kitchen, a 60s bingo hall and rehearsal space for ‘local west London talent’ including Adam Faith, The Who and Cliff Richard. It ended the 20th century as an upmarket snooker club. Since its restoration and relaunch as a music venue in 2001, the Bush Hall has visitors who appreciate its lavish interior again. That the cherubs, vines, and inlaid Corinthian columns survived at all owes much to the durability of the building’s pioneering steel girder construction and more than a bit of luck.

At full capacity Bush Hall can hold 320. The whole building is available for hire and private events can be organised in either of the two bars, with bar service until 1am. The downstairs bar has an informal lived in character with distressed green leather stools and a comfortingly worn wooden bar. (Fits 80 guests). Upstairs brown leather and red velvet vintage sofas and chairs, a granite topped bar, marble floors and mirrored walls provide a shabby chic elegance (50 guests).

We offer a wide range of options, allowing you the versatility to tailor the event to your own requirements. We can deal with everything from informal drinks to silver-service dinners.

We will work closely with you personally or with your function team to make sure your event is a success.